WHY IT IT NOT POSSIBLE FOR GOVERNMENTS TO STOP THE SLAUGHTER OF ANIMALS FOR FUN?.

"Cruelty is indifference to suffering, and even pleasure in inflicting it. Sadism can also be related to this form of action or concept. Cruel ways of inflicting suffering may involve violence, but affirmative violence is not necessary for an act to be cruel"
This intro. is a good description of what it is to be cruel, highlighting as it does that an action which is legal does not mean that it is not cruel. Hence It can be argued as I do that capital and corporal punishment while legal in many places qualifies as cruelty. "I was only obeying orders" is not good enough. I regard it as a given that no sane person would find cruelty to children as acceptable. The picture below of course indicates that I am talking about cruelty to our fellow creatures here, those not classified as human beings.

When I see pictures of magnificent creatures like Rhinos, Elephants, Big Cats, Bears and wolves etc. lying dead at the feet of 'human beings' posing with their high tech. high power rifles I despair, the recent case of Cecil the well known well loved Lion who was lured from safety and killed and mutilated means I get very angry, no that is an understatement I become consumed by hatred for the people who regard this as fun, they test my hatred of violence to the very limits.

I get lost for words when I try to articulate how I feel about these cruel sick bastards and I remember these words from Harper Lee's great novel "Remember it's a sin to kill a mockingbird" That was the only time I ever heard Atticus say it was a sin to do something, and I asked Miss Maudie about it.
'Your father's right,' she said. 'Mockingbirds don't do one thing but make music for us to enjoy…but sing their hearts out for us. That's why it's a sin to kill a mockingbird.". The mocking bird represents for me all wild creatures and it and they are precious. Donald Trump's sons are big fans of slaughtering these beautiful creatures and he says he will pay the legal fees of the right wing republican dentist Walter Palmer who gunned down Cecil the lion and decapitated him for a trophy. Mr. Palmer BTW is a member of The Tea Party. 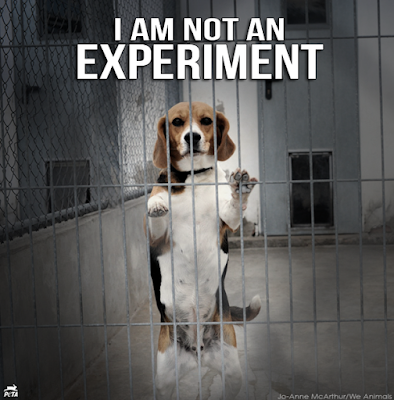 We here in the UK have similar low life morons who enjoy inflicting cruelty on animals, they come mainly in two groups, the Tory Party and the Royal Family and their lackeys. The most prominent killer of animals for fun among them is our very own dear Prince Phillip, a man who needs to use both hands to find his own arse. As a Young man newly married to the young Princess Elizabeth on a royal tour of India he went hunting and his party caught a Tiger in a trap, tethered it to a rope and Philip like the hero he is shot it from about 15 feet or "bagged it" as the useless workshy clown would have put it. Man is the only creature that blushes and is the only creature that needs to.

“A Robin Redbreast in a Cage
Puts all Heaven in a Rage.
A dove house fill’d with doves and pigeons
Shudders Hell thro’ all its regions.
A Dog starv’d at his Master’s Gate
Predicts the ruin of the State.
A Horse misus’d upon the Road
Calls to Heaven for Human blood.
Each outcry of the hunted Hare
A fiber from the Brain does tear.” William Blake.

Hi there ,
Great article ! I just wanted to point out the title has 2 " it"

Hey, you wrote there are two groups in the UK cruel to animals. "[T]he Tory Party and the Royal Family and their lackeys". There's a bigger group cruel to animals; the majority of the population who eat the flesh of tortured, dead animals who were born and raised in slavery. That sausage you're eating for dinner was a pig killed against his or her will. I agree with you that slaughtering an animal is an act of cruelty regardless of its legality. You put that point well. But unless you are vegan your argument is inconsistent and hypocritical. You cannot arbitrarily distinguish between the lives of dogs and the lives or pigs just as you cannot arbitrarily distinguish between human and non-human life. I suspect you're not vegan because you used the qualifying clause 'wild' to indicate the specific lives you value. That distinction is untenable my friend. Slavery is not ok. If you are vegan, awesome, more power to you.

I have gone over your points many times before you ever wrote to me Mr. McKeever and I don’t have the answers. As things are at the moment the chances of abandoning the practice of killing animals, birds, fish etc. for food are nil although I eat very little food that is not vegetable I do eat small amounts of meat etc. Please don’t take this as frivolous but, would your argument not, following its logical conclusion include crops, plants fruit etc.?. Would you also like to see animals, birds and fish etc. prevented from killing to eat and provided with some other way of surviving, I find it difficult to watch a magnificent lion or eagle kill a gazelle or a rabbit and I want the pursued creature to get away despite knowing that the Lion and the eagle would perish if they all got away. I will just have to carry on although I respect your position. I am the owner of a rescue dog and sometimes I think that she owns me and not having her around would make my life less bearable.

I thank you for your respectful response. I am glad you have considered the issue, it shows you are an ethical man. You counterarguments are good but incorrect. First the ethics of not killing animals does not extend to 'killing' plants. Its just not the same thing. Your second argument is stronger but also incorrect. It is upsetting that some animals are carnivores. Regardless, beside its impracticality, it is wrong in principle to punish carnivorous animals for murder. That's because you can't extend the costs of human society to animals without extending them the benefits. If we were to imprison animals then we would need also to let them vote, extend equal opportunities legislation to them etc. The fact is animals are not part of human society and live by their own rules. That doesn't mean we should eat them. The answer is simple; vegan.