Alex Salmond (for first minister) has come up with a wheeze for making us feel good. There will be a kind of festival thingy which will run from St. Andrew’s Day to Burns Night, during which all kind of things Scottish will take place.

Culture will be the thing. Poetry, singing, dancing, sports etc, etc. He has ordered thousands of flags and joy will be unconfined but, yes another but, I have been asking people when these two great nights in the cultural calendar take place and a clear majority don’t know. Not a good start I fear.

St. Andrew is a rather shady character with a past that is not very clear. He was of course according to the bible an apostle, not to be confused with the Paisley street gang of recent years (they would have gubbed the Romans). He is claimed by many people from Russia to Scotland. There is a beautiful statue reputed to be him inside the stunning Santa Maria Gloriosa dei Frari Church in Venice (worth a visit), as well as ties to Russia and Greece - maybe he was a travel agent. I suppose he fits the bill as well as anyone else if you must have a patron saint. 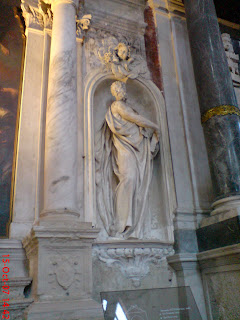 Burns is a different chap altogether. Revered by his followers and a figure of fun to those who don’t rate him. I regard him as a curate’s egg, soaring to the heights of ‘A man’s a man’ to the awful doggerel of ’My heart’s in the highlands’, still if he makes some people happy I’m all for that.

Let the games begin then. Dancing with swords with wee daggers down the socks, singing in impenetrable Gaelic, girning and street brawling all culminating in a national game of ‘fleece the tourist’. Alex Salmond (for first minister) will love it - pass the ‘Buckie’………………………….

Who are these ignoramuses that you hang about with Terry? When I look back at the citations you attribute to the people on the street, I wonder where on earth you live.

St Andrews day is 30th November - anyone who attended primary school or was in the cubs or brownies should be able to put you right there.

Burns night is the 25th January.
I can appreciate that you may not like the baudy nature of the traditional Burns supper, but you should seek help for your tartan cringe, we have a lot to be proud of as a Nation and Burns, who published many fine works, admired all over the world, certainly falls into that category.

Why no post on Wendy Alexander's and Gordon Brown's financial troubles? You, as the former's election agent, surely can shed some light on this whole matter? Or have you been gagged (if so, by who? The police, lawyers or the Labour Party?)?

Buckie's from Devon. Why is it the Ned's tipple of choice?

Clearly not! Your disdain for Scotland and all things Scottish are evident in your offensive caricature of our culture.

(The Incorrigible Plagiarist) 07/12/07 - I bow to no man in my appreciation of tartan, bag pipes, kilts, wee daggers, wee bit hills and glens, short arms and long pockets, shortbread, Fran n Anna, River City, Hogmanay TV, I can’t go on I’m beginning to fill up.. There are lots of Scots. That I admire and respect but that has nothing to do with being Scottish, it’s because of their talents and achievements.